Work on anticoncentration theorems for proving quantum speedups in Quantum

Work on anticoncentration theorems to prove speedups of quantum devices over classical computers is published in Quantum. One of the main milestones in quantum information science is to realise quantum devices that exhibit an exponential computational advantage over classical ones without being universal quantum computers, a state of affairs dubbed quantum speedup, or sometimes "quantum computational supremacy". The known schemes heavily rely on mathematical assumptions that are plausible but unproven, prominently results on anticoncentration of random prescriptions. In this work, we aim at closing the gap by proving two anticoncentration theorems and accompanying hardness results, one for circuit-based schemes, the other for quantum quench-type schemes for quantum simulations. Compared to the few other known such results, these results give rise to a number of comparably simple, physically meaningful and resource-economical schemes showing a quantum speedup in one and two spatial dimensions. At the heart of the analysis are tools of unitary designs and random circuits that allow us to conclude that universal random circuits anticoncentrate as well as an embedding of known circuit-based schemes in a 2D translation-invariant architecture. The publication in Quantum is interesting in its own right, in that it is a new open access overlay journal over the preprint server that offers a new model for publishing scientific results (Jens Eisert is a board member of Quantum). 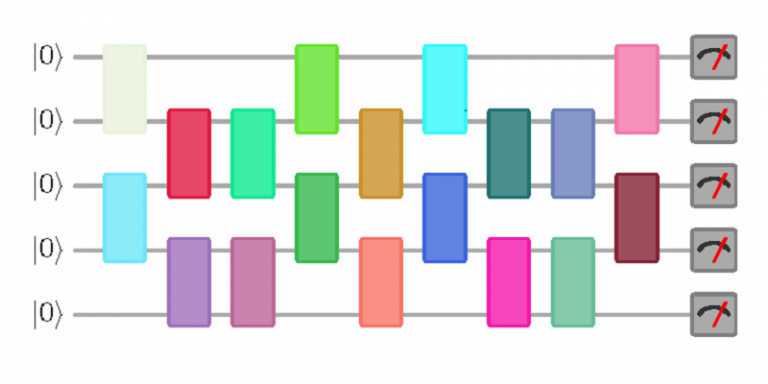