Work on describing thermal systems with tensor networks in PRL

New work that shows how one can simulate strongly correlated two-dimensional systems in thermal states has been published in the Physical Review Letters. Tensor network methods have become a powerful class of tools to capture strongly correlated matter, but methods to capture the experimentally ubiquitous family of models at finite temperature beyond one spatial dimension are largely lacking. We introduce a tensor network algorithm able to simulate thermal states of two-dimensional quantum lattice systems in the thermodynamic limit. The method develops instances of projected entangled pair states and projected entangled pair operators for this purpose. It is the key feature of this algorithm to resemble the cooling down of the system from an infinite temperature state until it reaches the desired finite-temperature regime. As a benchmark we study the finite-temperature phase transition of the Ising model on an infinite square lattice, for which we obtain remarkable agreement with the exact solution. We then turn to study the finite-temperature Bose-Hubbard model in the limits of two (hard-core) and three bosonic modes per site. Our technique can be used to support the experimental study of actual effectively two-dimensional materials in the laboratory, as well as to benchmark optical lattice quantum simulators with ultra-cold atoms. 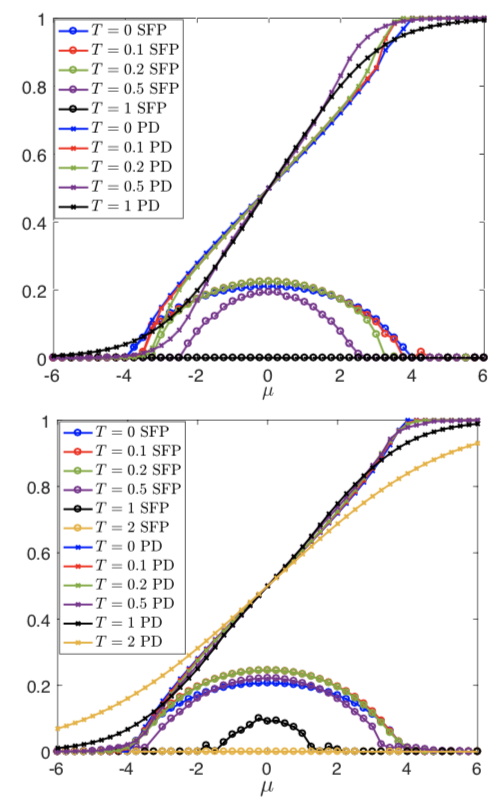