New work that shows how to quantum simulate topological Levin-Wen models has been published, work that brings together ideas of tensor networks with ones of mesoscopic physics and quantum simulations. The realization of topological quantum phases of matter remains a key challenge to condensed matter physics and quantum information science. In this work, we demonstrate that progress in this direction can be made by combining concepts of tensor network theory with Majorana device technology. Considering the topological double semion string-net phase as an example, we exploit the fact that the representation of topological phases by tensor networks can be significantly simpler than their description by lattice Hamiltonians. The building blocks defining the tensor network are tailored to realization via simple units of capacitively coupled Majorana bound states. In the case under consideration, this defines a remarkably simple blueprint of a synthetic double semion string-net, and one may be optimistic that the required device technology will be available soon. Our results indicate that the implementation of tensor network structures via mesoscopic quantum devices may define a powerful novel avenue to the realization of synthetic topological quantum matter in general. 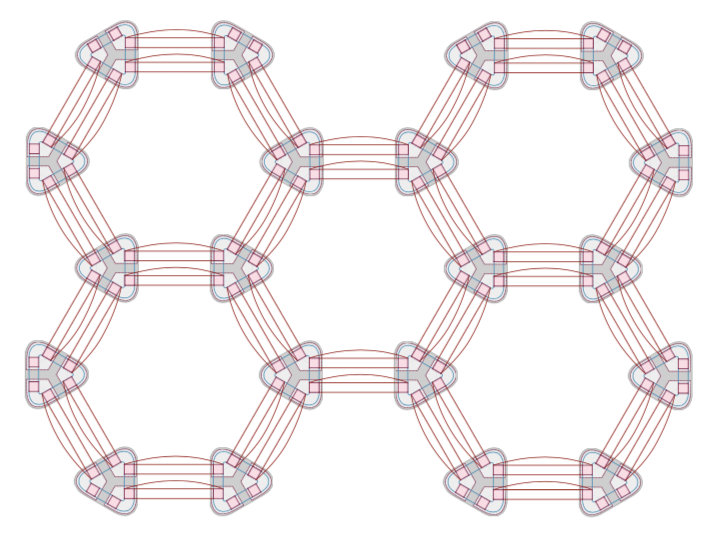