The second Summer School 2018 was held in Barcelona and Uppsala.

Together with the organizing team of the Summer School the 18 participants from the three universities had the opportunity to meet many engaged physicists, to visit interesting laboratories and fields of practice and to discuss a lot about their experiences and the impact of gender. 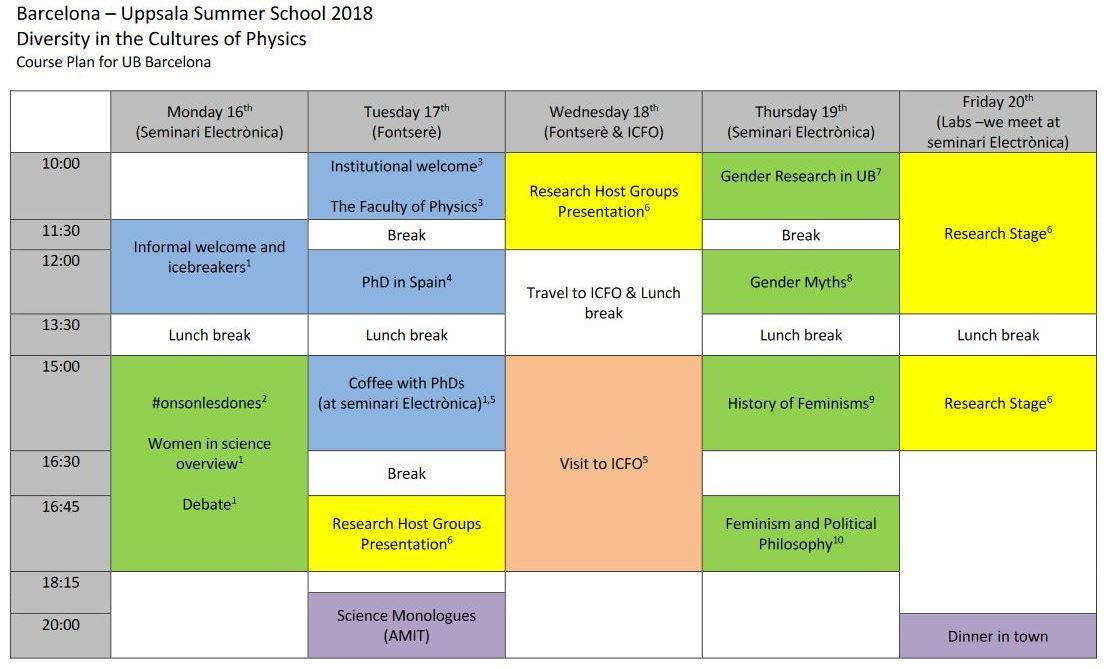 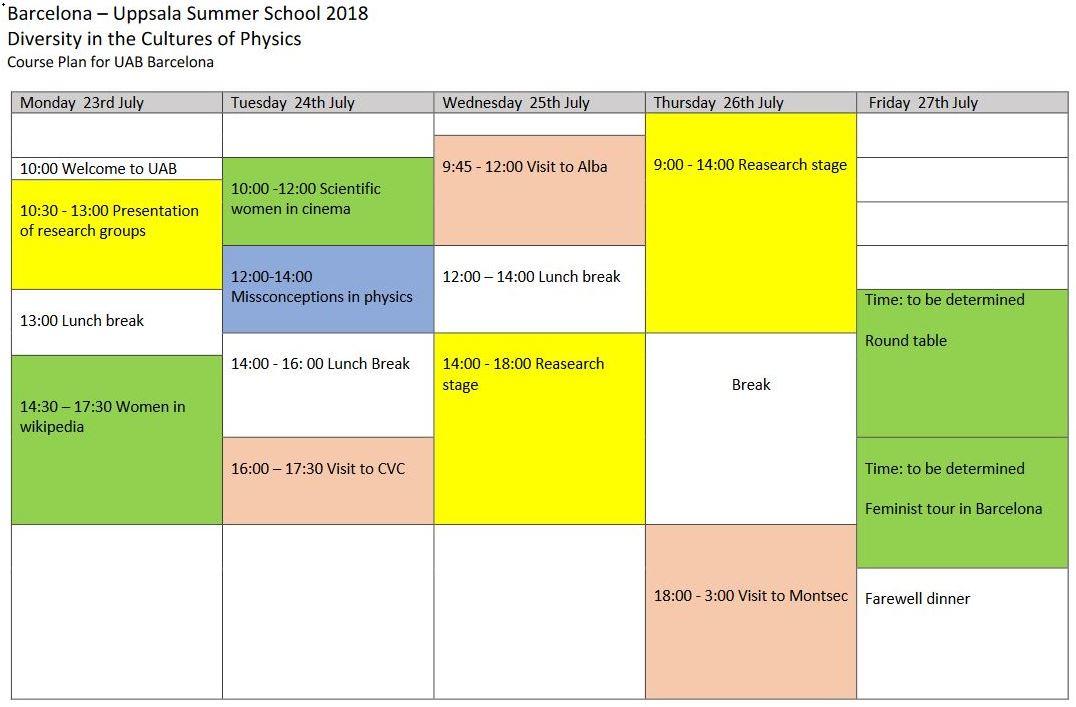 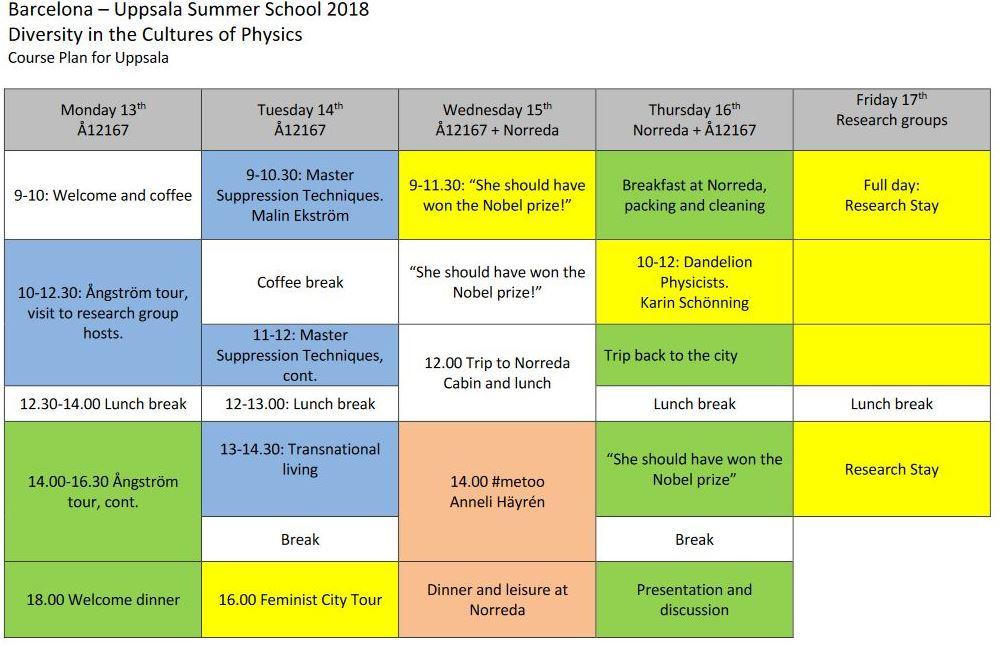 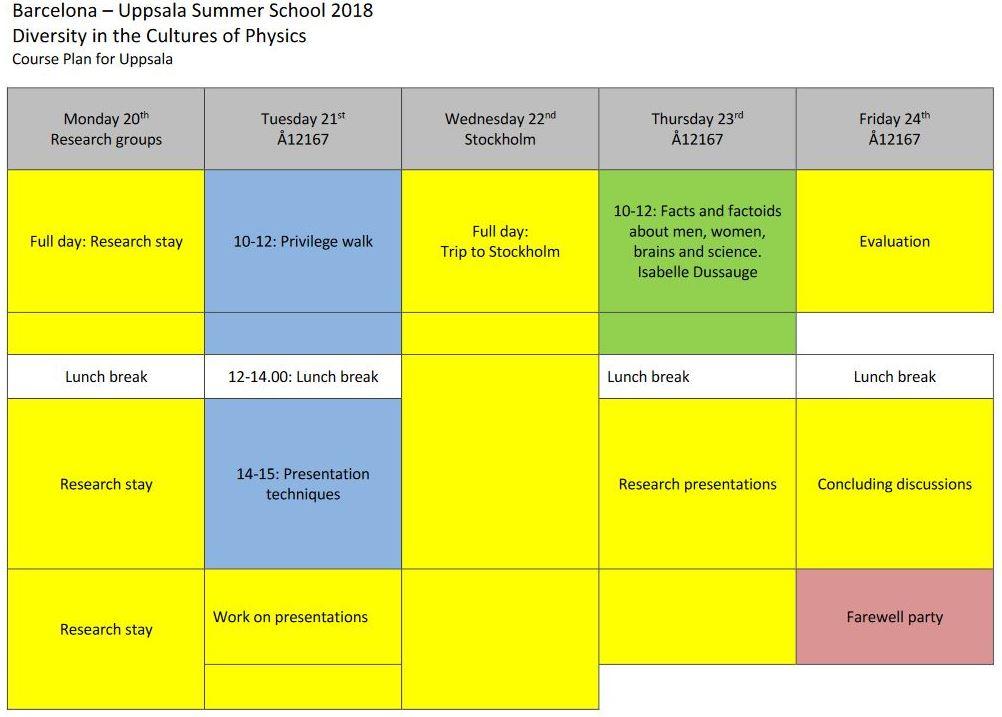 The time tables as a pdf can be found here.