The research center focuses on the electron spin as one of key quantum properties determining structure and dynamics of matter and investigates the ultrafast change of magnetic systems at the nanoscale.

The individual subprojects aim to advance the scientists' understanding of the underlying processes and to provide key elements for spin-based information technology, which also functions in the terahertz frequency range.

How do proteins function? Which mechanisms are effective in the regulation of processes by proteins?

The central research goal is to identify and understand a new key principle in protein science – the control and coordination of complex protein function by protonation dynamics. The findings from this fundamental biophysical research could be used to develop novel concepts for regenerative energy production, such as splitting water into hydrogen and oxygen by sunlight.

The scientific mission is to exploit the fundamental laws of quantum mechanics to engineer condensed matter systems that materialize entanglement in a tangible manner.

The long-term vision is to bring the fascinating physics of entanglement closer to the macroscopic realm and to design novel condensed matter device architectures for ‘topological quantum computation’.

Physics Department at FU Berlin is expected to head the TRR from 6/2024 onwards.

FOR 2724 - Thermal Machines in the Quantum World

Theoretical and experimental physicists investigate the question of how thermal machines can be constructed and realized in the quantum world.

They want to provide experimental evidence that the rules of thermodynamics do indeed need to be changed when it comes to the smallest machines on the nanoscale.

Perspectives of a Quantum Digital Transformation

Berlin's scientists will bring together expertise in theoretical and experimental physics, applied mathematics, computer science, and machine learning. They aim to develop novel approaches and technical solutions for quantum devices.

Cluster of Excellence of the Berlin University Alliance

How to understand and utilize networks in catalysis: More than 85 percent of all products come into contact with a catalyst during production. Catalysis research is the main driver of “green chemistry,” which focuses on sustainability and resource conservation.

Scientists aims to decipher reaction networks in chemical and biological catalysis in space and time so that they can then be controlled, predicted and modified. Which key parameters enable and control chemocatalytic and biocatalytic networks? How can chemical and/or biological processes be coupled to create catalytic systems with new functions? These are the central research questions of UniSysCat.

The overarching aim of this CRC is to understand the individual and combined contributions of the physicochemical key parameters to hydrogel (dys)function in health and disease.

Our key objective is the molecular definition of mucus (structure, properties and dynamics at the molecular level). Our chemical, physical, medical and modelling expertise will be applied to specific key questions: What is the role of the individual hydrogel components, i.e., mucins, proteins, salt and water, in the complex process of their network formation and function?

The researchers want to understand and control the complex interactions that can arise from fluorinated building blocks in chemical systems. They want to discover how such interactions affect a wide range of physicochemical properties and chemical reactivities. These include the effects of fluorine-specific interactions on the properties of functional materials, their influence on various catalytic processes and the biochemical and pharmacological effects on a range of biological systems.

The scientists from meteorology, geology, biochemistry, mathematics and physics develop modeling techniques that enable a controlled distribution of computational degrees of freedom across the scale cascade. They elaborate simulation techniques for the prediction of e.g. earthquakes or large amounts of precipitation.

How does a distinct set of molecular switches control the spatio-temporal regulation of a diverse range of biological processes?

How can we combine significantly different classes of materials in hybrid inorganic/organic systems (HIOS) so that we realize substantially improved and potentially novel optoelectronic functionalities?

In the first phase, scientists investigated and comprehensively understood the fundamental chemical, electronic and photonic interactions in inorganic/organic hybrid systems. They discovered novel hybridized quantum states and coupled excitations at HIOS interfaces. Besides, the fundamental limit of the modern inorganic bulk semiconductors used so far was identified.

Currently, researchers are working to exploit the extremely high surface-to-volume ratio and strong light-matter interaction of atomically thin monolayers of transition metal dichalcogenides. They aim to determine the fundamental interactions and optoelectronic properties of these heterostructures to achieve maximum coupling and functionality.

CRC 910 - Control of self-organizing nonlinear systems: Theoretical methods and concepts of application (since 2011)

The research center focuses on how to control dissipative structures in nonlinear dynamical systems far from thermodynamic equilibrium. An interdisciplinary team of applied mathematicians, theoretical physicists, and computational neuroscientists goes beyond merely describing the intriguing dynamics of self-organizing nonlinear systems. They aim to develop novel theoretical approaches and methods of control, and to demonstrate how to apply these concepts to a selection of innovative self-organizing systems ranging from condensed hard and soft matter to biological systems.

The collaborative research centre investigated molecular switching processes driven by external excitations in well defined molecular systems at solid surfaces. Scientists focused on reversible conformational changes of individual molecules and ensembles leading to measurable changes of functional (e.g. optical, electronic or magnetic) properties of the system. The focus on elementary processes included investigation of all individual steps, physical parameters and interactions which induce and influence the process of molecular switching.

Research grounded on various complementary methods from synthesis of molecular systems, characterization of structural and electronic properties by quantitative surfaces sciences techniques and theoretical modelling. The long-term goals were to develop novel functionalities, like cooperative switching processes, and criteria for applications in molecular functional devices.

Nature utilizes protein-cofactor interactions in order to optimize biological functions. The research center focused on the investigation of the interaction of the protein with organic cofactors and metal ions. These interactions were investigated using an approach combining various techniques from molecular biology, biochemistry, structure analysis, spectroscopy and theory.

The collaborative research centre consisted of seventeen scientific projects grouped according to the research goals focussed on the biological processes of electron and excitation energy transfer, conformational changes and signal transduction, and enzymatic cleavage of molecular hydrogen and water oxidation.

The research goal was to learn to control electron and nuclear constellation in different material systems using ultrashort laser pulses. The motion sequences triggered in this way were to be characterized in time and, if possible, guided by appropriate design of the irradiated light fields in such a way that a stable, detectable final state was achieved.

In the first funding period, the focus was on the analysis of such photo-induced dynamic processes, both experimentally and theoretically. The optical excitation of the system was mostly performed with a pump pulse as short as possible, while the resulting change of the nuclear coordinates of the system was interrogated with a sample pulse that was also as short as possible and delayed in time.

In the second funding period, the goal of control was also increasingly realized by using more complex excitation fields. In the experiment, the researchers used suitable modulators for this purpose; complementary to this, the theory of optimal control was expanded. And so, in the area of small, still manageable systems with few active degrees of freedom, there was a very gratifying convergence of theory and experiment, paving an essential part of the way toward more complex systems. Even in the more complex systems, the experimental results, in close cooperation with theory, offered very detailed insights into the dynamics of ultrafast photoinduced reactions.

The researchers investigated ultrathin films consisting of a few monolayers of atoms and their electronic and magnetic properties as well as lattice vibrations and transport properties. Their goal was to better understand the relationship between structure, morphology and the physical properties of thin metallic films.

The scientific objective was to investigate the dynamics of physical and chemical subsequent processes after deposition of a local excitation energy in a molecular aggregate, which could be located in different environments. In addition to magnetic resonance methods, time-resolved spectroscopy with ultrashort laser pulses was used here for the first time, with which the electron dynamics after photoexcitation could be followed with a time resolution in the femtosecond range, allowing the observation of completely new effects.

The researchers investigated the electronic structure of interfaces and solid/electrolyte interfaces as well as heterogeneous reactions at interfaces.

CRC 161 was one of the first collaborative research centers at Freie Universität. The field of work was the investigation of hyperfine interactions in excited nuclear states, molecules, and free atoms, as well as the electronic structure of condensed matter. 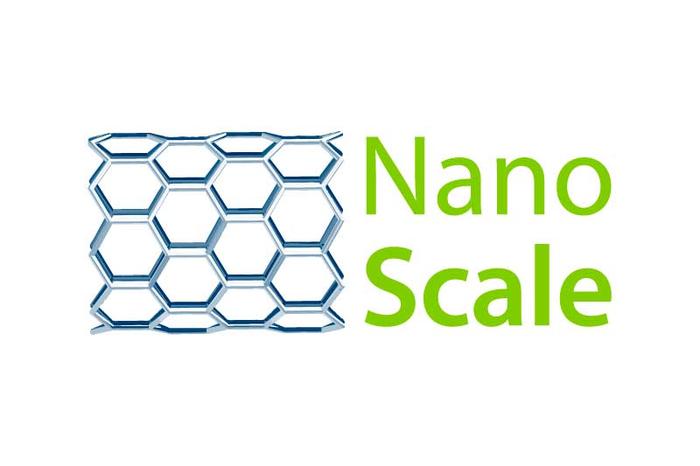 Collaborative Research Centres, or CRC, are long-term university-based research institutions established for up to 12 years in which researchers work together within a multidisciplinary research programme.

CRC/Transregio (TRR) is proposed and carried out jointly by two or three universities. It allows close cooperation between these institutions and the researchers based there, including the shared use of resources.

DFG Research Unit, or FOR, is an interdisciplinary association of several scientists who collaborate closely on specific medium-term research projects for six years.

Focus Areas form academic and scientific networks and working platforms for interdisciplinary collaborative research. They are platforms for discussing innovative research topics, and for the design and development of new projects from proposal to maturity.